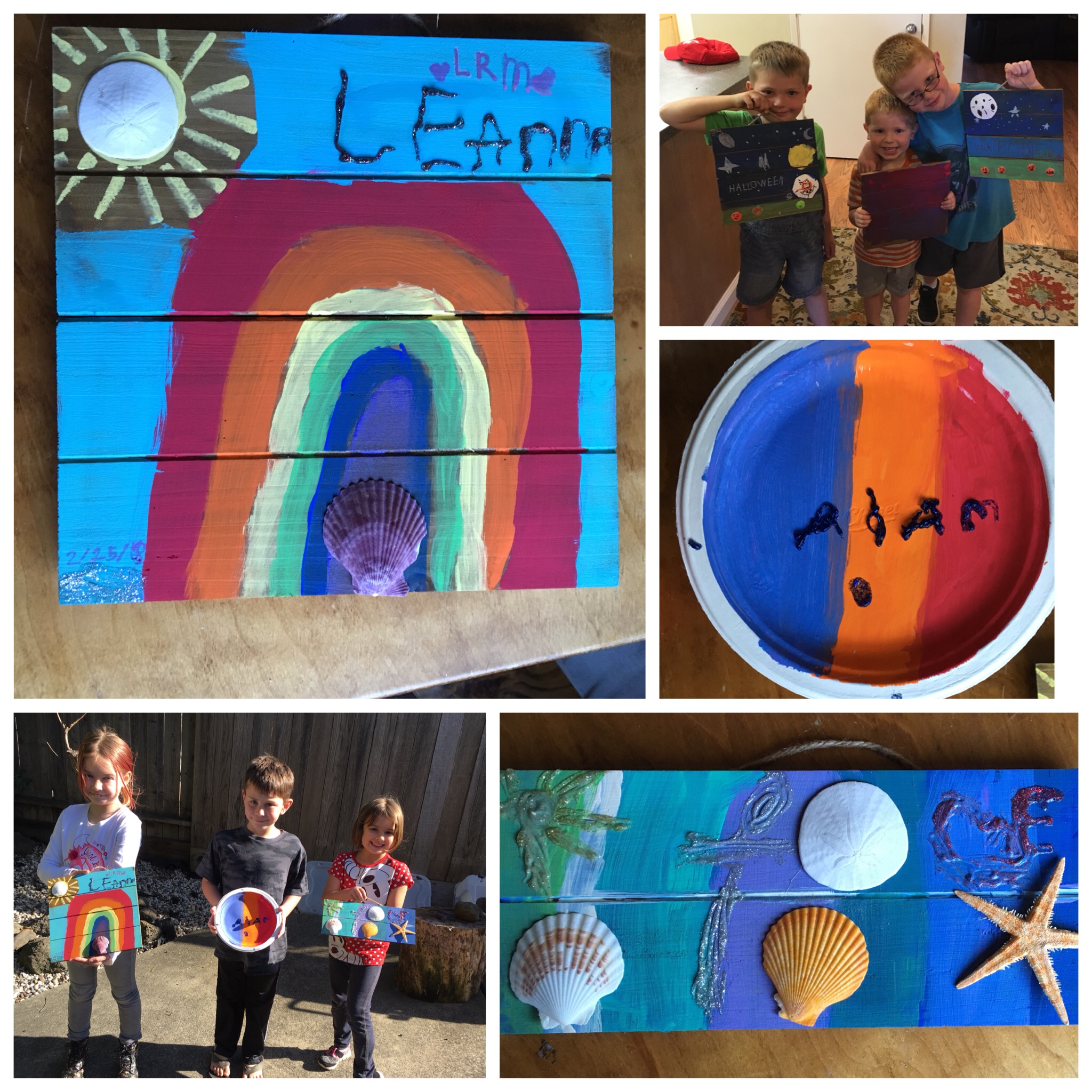 I’ve been babysitting since I was 12. I worked in a daycare for a couple years after high school. I volunteer as a Wish Coordinator with Make A Wish. Since I’ve been in the military, I babysit for people that I work with and just charge them gas money or dinner. Moving around is hard. Finding someone you trust and can afford in a new place is even harder. I try to make moving easier. I try to give parents a date night every once in awhile to alleviate stress from being in a new place or dealing with a spouse being gone 1/2 the time.

A couple months ago I was going to babysit three boys on base. Everyone I work with knows that I enjoy going to the beach and that I make clocks. When the kids asked my co-worker what I was like, my co-worker told them that I was the lady with the sand dollars. The kids were excited to ask me all sorts of questions about the beach, sand dollars, making clocks, etc. While my co-worker was telling me about this conversation with his kids, I had an idea. Instead of me telling the kids all about these things, why not let the kids make their own?

I came over with 3 pieces of 10×10 wood, some supplies, and a few sand dollars for each of the boys. It was right before Halloween, so I suggested the boys make Halloween signs. The boys loved it. They all put the base layer of paint on their wood. We ate dinner while it dried. After dinner I gave the boys paint pens. I thought they would write their names on the wood or write “Happy Halloween” Instead, they colored the sand dollars orange, making the sand dollars pumpkins! I both cringed and was inspired at the same time.

I plugged in the hot glue gun and helped each boy glue down their sand dollars / pumpkins exactly where they wanted them. I thought that would be the end of that and then we would watch a movie before stories and bed time. But the oldest boy wanted to hang his picture up. So we took a small picture off the wall and hung his up instead. Of course, the younger boys wanted to hang theirs up after that, as well.

Since that night went so well and we all had so much fun, I decided to do it again this past weekend. This time it was two girls and a boy. Adam did not want to paint at first. He was playing with the dog and kind of watching his sisters. The girls were having a lot of fun. Emily decided to mix paint colors and create some of her own. She made a blue/green color that I wish I could have saved and used on future clocks!! It was beautiful! After awhile Adam started to feel left out and asked if he could paint a plate. I’m not sure why a plate, but I, of course, let him.

After the base layer of paint was put down and some glitter was added, we went to an arcade for awhile. Unfortunately when we got back the glitter was not completely dried, so we had to wipe some off. Then the girls used the paint pens to add a few finishing touches.

Emily decided to give her uncle her board for his birthday, which was on Sunday. I took a short video on my phone of her holding her board and telling him that it was for him to “hang on his wall” and “happy birthday” Then I sent the video to her parents and uncle. It was the most heart warming thing I have witnessed in quite some time.

I would love to start hosting an art “class” for children 4 and up on the weekends. Or just include an art option when I babysit from now on. Children are so creative and inspiring. I love watching them decide what to paint and watching their reactions when their ideas come to life!